This is amotivational story, and Motivation speech. It tells how a failed person can become a successful person by trying. No matter where you are in the world you cannot be successful unless try. The first rule of success is to try and and change your mind. Man does not give up by trying. Just be confident. Thus a poor person who becomes richest person after his efforts. Because he does not give up. When we start to lose, we should also think about that of what we start to do. This story below also tells how a person got motivated and become successful. In this you know how a hardworking is useful to get success in the life.
This is a motivational short stories and motivational speech

Today we are living in in digital world. Everybody knows the word Facebook. Facebook is a social platform which connected the people who are living in different countries and different regions in the world. His owner is a youngest billionaires. His name is Mark Zuckerberg.

Mark Zuckerbarg was born on May 14 1984, New York. His parents are Karen Psychiatrist, and Edward Zuckerberg, a dentist. He has three sisters. Mark Zuckerberg vigyan using computer and writing s software in middle School. His father taught him basic programming in 1990, and later hired software developer tutor him privately. He is a brilliant student and developer in his college life. The New Yorker noted that by the time Mark Zuckerberg begin classes at Harvard University, he had already achieved our reputation as a programming boy. In his University, he wrote a program that he called course match, which allowed user to make classes selection decision based on the choice of other students and also to help them from study groups. A short time later, he created a different program he initially called facemash, that let student select the best looking person from a choice of photos.

The site went up over weekend, but by Monday morning, the college shot it down, because its popularity had overwhelmed. In addition, many more students complained that their photos for being used without permission. Zuckerberg apologised publicly.
After 6 days, 3 Harvard University seniors, Cameron, tailor and Divya, decided to make a website called have Harvardconnection.com, but he wanted to make a new website as facebook.com.

CHANGE YOUR MIND FOR SUCCESS 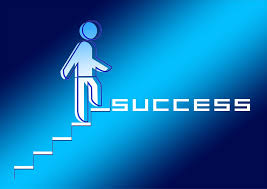 Because of this, Mark Zuckerberg faced lot of criticism. They decided to make a film on the life of Mark Zuckerberg, how he made Facebook by stealing the idea of his friend.
but all of this did not stop Mark Zuckerberg and Facebook grew day by day. According to latest survey, Facebook has over 2 billion monthly active users, of the the 40.64 $5000000 new Facebook generated in 2019. Mark Zuckerberg is the owner of Instagram and WhatsApp. He is the CEO of Facebook.
Do you now why Facebook is blue? That’s because Mark Zuckerberg has colour blindness.

MOTIVATIONAL STORY AND MOTIVATIONAL SPEECH
In end, man can do whatever he wants, but man must have self confidence and good intentions. Man must take only one step to start anything, man cannot succeed without effort, so to move forward in life, you must try and work hard. If you cannot try, sit at home comfortably and go to sleep.
THANKS

It is said that it is not unfortunate that you were born poor. It is unfortunate that you will die poor. In the history every one see there were many motivational stories were found in which a poor man was become rich in with the power of hardworking, learning and practicing. Motivational stories also told that how to work we have to done, and how much to be done. So please keep working to gain success in life.
Post Views: 183