This is a motivational short story, and Motivation speech. It tells how a failed person can become a successful person by trying. No matter where you are in the world you cannot be successful unless try. The first rule of success is to try and motivated. Man does not give up by trying. Just be confident. Thus a poor person who becomes richest person after his efforts. Because he does not give up. When we start to lose, we should also think about that of what we start to do. This story below also tells how a person got motivated and become successful. In this you know how a hardworking is useful to get success in the life.
Which of the following motivational story and motivational speech 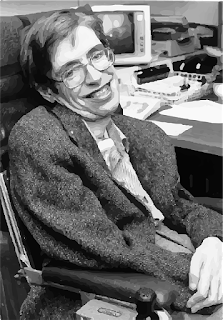 Stephen William Hawking was born in Oxford into a family of doctors. Hawking begin his University education at University college of Oxford in October 1959 at the age of 17, he received a first class hons degree in physics. he did his PhD degree in applied mathematics and theoretical physics, specialising in general relativity and cosmology in March 1966.

In 1963, he slipped on a stair, when he was taken to hospital, Hawking was diagnosed with early-onset slow processing form of motor neurone disease. Motor neurone disease is a disease that causes the death of neurone controlling voluntary muscles. It may begin with weakness in the arms or legs, and with the difficulty of speaking and swallowing. In this patient loses the ability to walk, use their hands, speaks and Lost breath.
Stephen Hawking was a normal child, he was a good player of football and he was living good life with their families and friends. But after diagnosed his disease, he paralyzed.

He set on wheelchair and begin to reveal the secrets of the whole universe. scientist at Cambridge University developed or talking computer for him that only understand the voice of his eyelids. Stephen Hawking spoke with eyelids, his computer would automatically turn into words and the computer would start speaking. 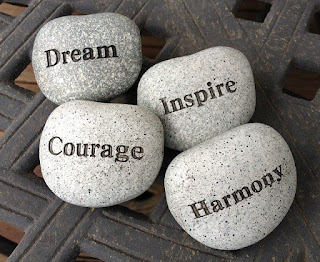 you can do it

This was the person who spoke to eyelid. His book the brief history of TIME shocked the world and proved to be most famous book in the world. He discovered the Black hole and great theories. His works on Physics was amazing he wrote many books on it. “Black Hole and Baby universe Essays, The Universe in the NutShell and My brief history is one of them.

Starting in 1990, Stephen Hawking expected the Mantle of role model for disabled people, lecturing and participating in fundraising activities. Stephen Hawking set a plan to take the people despite his disability. the world’s largest companies and universities hire Stephen Hawking, he would just sit at the wheelchair and tell the people.

If I could be successful despite my disability, if I could defeat medical science, if I could stop the path of death, then you people who whose limbs are perfect, you can walk, you can work with both hands, you can eat and drink, you can put all all their ideas to other people so why are you Frustrated?

Starting in 1990, Stephen Hawking expected the Mantle of role model for disabled people, lecturing and participating in fundraising activities.


Get up and be courageous, there is still time, Stephen Hawking, who’s eyelids were just right, can become the greatest scientist in the world, so wide do not you? God has blessed us with all the facilities. We must move forward, and have to take the first step of life. If you feel discouraged, remember what Stephen Hawking said.
If you still can not dare, sit back and sleep comfortably.
THANKS
It is said that it is not unfortunate that you were born poor. It is unfortunate that you will die poor. In the history every one see there were many motivational stories were found in which a poor man was become rich in with the power of hardworking, learning and practicing. Motivational stories also told that how to work we have to done, and how much to be done. So please keep working to gain success in life.
Post Views: 223