so he said that I repeated these words so many times that the people had to believe that Muhammad Ali is greatest Mohammed Ali is a champion. If you want to successful, first convince yourself that you are the great and you are the champion. These words also made an ordinary man to boxing champion.

The second theory was that there are two secret for success in man, one is his skill power and other is his will power. Skill power means that what a man learned and willpower is what a man possessed.
He said that when I punched and other player he would fall and he would never get up because it did not have the will power. Whenever I fell, I got up with the help of my will power.
Keep in mind that failure is a not scary but when we accept failure that is called scary. When you fall somewhere in life, you did not have the passion to get up, it is called a failure. It’s like a punch on your mouth and breast by sorrows, by troubles and by difficulties. If you fall in this situation and rise up you good turn failure into success. 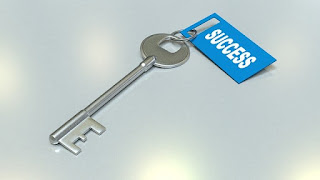 So falling is not an issue, the issue is the how you fall and get up. We should not be afraid of failing what should create the spirit of
rising. If you fall and rise up, no man of the world can beat you.


It is said that it is not unfortunate that you were born poor. It is unfortunate that you will die poor. In the history every one see there were many motivational stories were found in which a poor man was become rich in with the power of hardworking, learning and practicing. Motivational stories also told that how to work we have to done, and how much to be done. So please keep working to gain success in life.