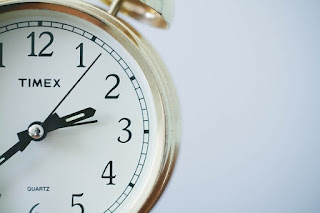 Do not wast the time

Warren Buffett it is also the richest man in the world. In 1990, he wrote his name among the richest people in the world. His net worth is 90 billion Dollars. A common questions is rather these two rich people have so much money and business should be free or busy. so the answer is simply that these richest people will be the busiest persons in world. They have not enough time to do their own work. they will hardly have time to eat and drink and also for his wife and children. They will be so busy in their business.
If we tell you that these are the most free people in the world and they have hours of time everyday, you will not believe us. Yes, that’s right they have much time for themselves. It is 100% true that they have lot of time every day.

Bill Gates has so much time that he reads the 80 book every year. He finishes two books a week. No major professor in the world can read two books a week. Bill Gates has been reading to books are Weeks for the past 30 years.
Warren Buffett read 5 hours a day, in addition, they both exercise Daily. Bill Gates also does some shopping for his children. They line up to buy burgers, press there own clothes, clean their own bathroom, make their own bed and polish there own shoes.
Warren Buffett buys burger for himself Delhi from McDonald’s. He also stand in line for coffee, play games and supplies coca cola at the store.
The two richest people in the world also read their own emails, write the answer with their own hands, bath there own dogs. They also got the grass in their lord and remove snow from their roof. They also meet their friends and relatives, give lessons and do Charity work.

You will be amazed how the richest man in the world spend so much time for himself. They have more time to their families and friends. They have enough time to play games and reading books.
Research has shown that figure your business, the more free you will be. If you do the one work, you will run out of time. If your business is spread all over the cities, if you have 50 thousand or 200 thousands employees, you are considered to be the most free person in the world.

If you are doing a single work, you must be present at that job. You have to sell. You have to collect money. You have to deposit money in the bank. That’s way you have no time for yours family and friends.
But if you have a big business, your business is spread across many fields then you will have a capable team for it. Your team will run your business, you I will make some rule and regulation along with the team. If you wish, you can spend half an hour a day or just 1 hour a week watching the progress and schedule. You will do nothing but only see the progress of yours team. This will make you the the most free man in the world.

TEN SIMPLE TIPS OF THE LIFE A MOTIVATIONAL SPEECH

HOW A SWEEPER HAD BECOME THE OWNER OF WHATSAPP