This is a motivational story. It tells how a failed person can become a successful person by trying. No matter where you are in the world you cannot be successful unless try. The first rule of success is to try and motivation. Man does not give up by trying. Just be confident. Thus a poor person who becomes richest person after his efforts. Because he does not give up. When we start to lose, we should also think about that of what we start to do. This story below also tells how a person got motivated and become successful. History of WhatsApp is a great example of a person how a person become more successful person in the life with the single ticks is trying.


HOW CAN JAN KOUM WHATSAPP OWNER BECOME SUCCESSFUL IN LIFE

Mr. Jan Koum the founder of the WhatsApp motivation for every one

This is a story of Jan koum, he has become the most successful person in the world. Which become the owner of 19 million dollar with just one signature. Which become one of the world’s hundred billionaires in 5 mint. Come to this site too, but first you see the condition of the signature.

Facebook had agreed to buy WhatsApp. but the seller made a bet that he would sign in a city building. Facebook did not believe it, but the salesman did not move an inch on his decision.
This was the first and last wish of the owner. The deal was big, but Facebook did not want to miss out.
Facebook knelt down before the WhatsApp owner. Devband to sane building near Mr Jan koum was sitting. Facebook went to same building and asked tell us what to do. Jan koum was sitting on the last chair in the building and wiped his tears with tissue paper and took pen out of his pocket. He signed on a paper and then become the owner of 19 billion dollars.
Jan was born into poor Jewish family. He was bar in Ukraine. He was a poor that he had the thing to wear in summer. The house had no electricity, gas and water. As the summer, he had nothing to wear. You can judge his property by the fact that when it was gold, he slept with the sheep and goats at night.
Persecution of Jews begun in Ukraine in 1992. The mother spoke of leaving the country but the father refused to leave. The mother took the child with her, put her book in her bag and came to America with him. In the United States, they had neither food not shelter.

They are living in abject poverty. In the United States, food stamp is charitable  organisation that issues stamp to people in extreme poverty to buy food and drink. Which is called American Charity organisation. these people are so compelled that they agreed to American charity.

He loved to read and studying. As time went on, studies become more expensive, so he started working in shopping mall with his studies. He used to clean the windows, doors and floors there day and night. Studying took him to University and there is studied computer. After completing his studies, he joined Yahoo
Facebook came in 2004 and become the most popular. In 2007, it become the largest company in the world. Jan applied to Facebook but did not get a job there.

A MOTIVATIONAL STORY FOR YOUNGER

He wanted to buy an iPhone, but he closed his lunch and saved some money. Then he buy new iPhone. This iPhone proved to be Golden Bird for him. Using the iPhone, he thoughts, why don’t I make such a application? There is an alternative to the phone, we can send SMS, we can send documents with full of security. He shared his idea with his friend Brain Acton.
His friend like the idea so he started to work on it, finally they managed to create a application in the the span after 2 years. Yes this is WhatsApp

Yes, 2 billion people around the world are using this app. You don’t have to go to any corner of the world to get a new sim, you can send and receive sms by using WhatsApp by single click. Even your old number is being used in WhatsApp.
This application was a lunch today in 2009. As we watched, this application become more and more popular in the world. Everyone started shooting to buy his App. He refused to sell all the companies.

February 2014, Facebook wants to buy WhatsApp. When contacted by the management of Facebook, he said this is a company that refused to give me a job and was laughing at the same time. And at the same time, yes, I will sell this WhatsApp to Facebook.
He made a strange bet, he said that he would sign the agreement while sitting in the waiting room of food stamp issuing company. This condition was set range for Facebook, so this guy stock his decision. Facebook wanted the deal settled in its office.
Even Facebook gave up. Facebook people arrived at the building of the relevant institution. Jan, was sitting the waiting room, crying in the last chair. Why did he do this because he would sit here for hours waiting for food stamp.

Some time Jan and his mother waited like this until evening. Even more distressing was the woman who gave the food stamps, looked at them sarcastically, and smiled, and sad, ” how long will you live your life in wonder?” Why don’t you do job. This would have touched the hearts of son and mother. They would have remained silent but nothing to did. They would bring food stamp with tears in their eyes. Jan decided celebrate the greatest achievement of hi life in the waiting room of the same building.
After signing, he picked up the check, took it to the same woman, place the cheque in the front of her and said, “finally got the job.” 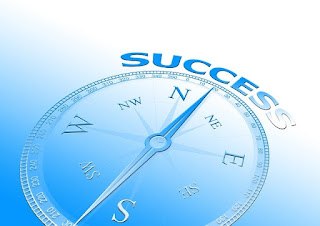 1 thought on “HISTORY OF WHATSAPP BUILDING A MOTIVATIONAL STORY”